Exporting the code of your Ascend Candidate

The export code feature of Ascend has a variety of uses which will be discussed below. First and foremost, it is worth discussing how this code was generated, and how it interacts with your web pages.

When values are created in the Ascend editor, such as the changing of button color or text, Ascend uses Jquery, a popular javascript library, to apply the change to your website.

Here is a simple example:

Lets say that you have a button with class 'b'on your website with the call to action of 'Buy Tickets,' and you wanted to test the impact to your conversion goal of changing this value to 'View Tickets.'

Ascend would take the input you gave in the Editor, with the corresponding code below:

When your website loads, Ascend applies this change and thus records whether or not the change had any impact to your conversion goal.

There are a variety of uses in the export of code from your Ascend experiment:

1) The contents can be saved in a popular text editor, such as Sublime Text, and handed off to your development team to implement on your website.

2) The contents can be copied into a web javascript console to actually render the changes that correspond to the code.

Here is an example of what the export code option might look like for an active experiment: 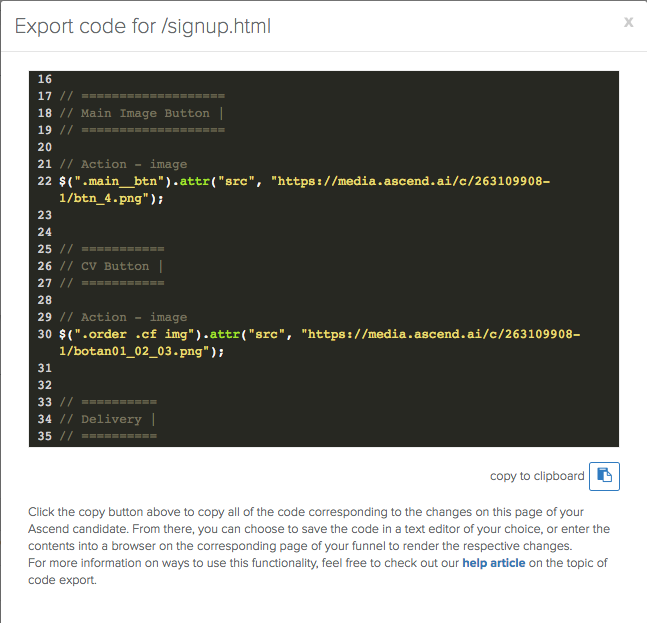