By default, all Ascend experiments evaluate and render as soon as the Ascend snippet has been loaded on the page, which means that a visitor must match a target URL path, audience segment, and meet traffic allocation rules. Once a visitor is bucketed into an experiment, the actual code to change any elements on the page will run as soon as those elements appear in the DOM.

There are times, however, in which a user may want to delay the rendering of experimental treatment until a certain state has been reached within an application. The Ascend activation mode allows users to set up an experiment to only render page-associated elements when an API call is made.

Why would you use Manual Activation Mode?

Some example use cases: 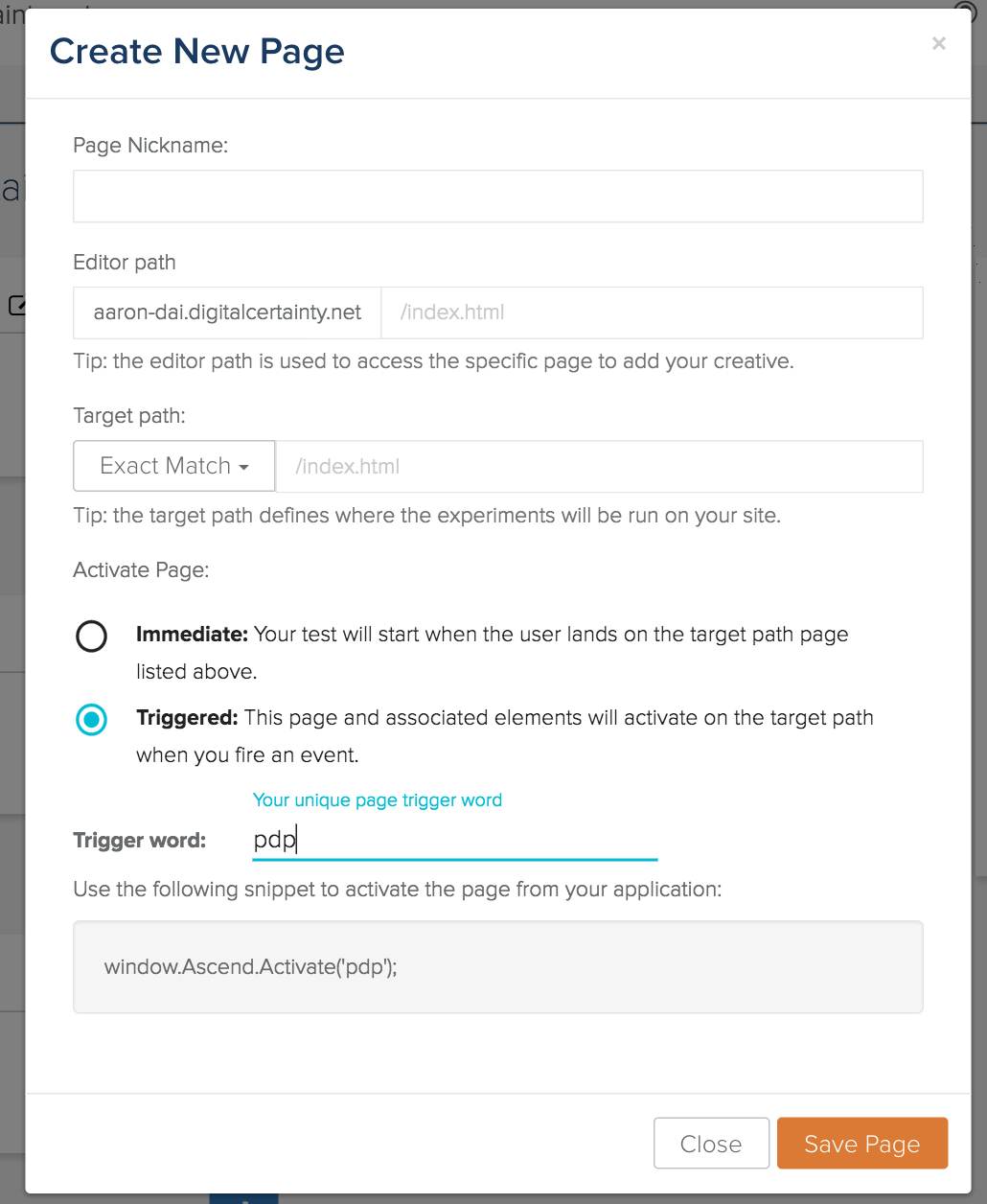 Once a page has been set up to use manual activation, the elements assigned to that page will not render until the activation call has been made on the client.