All Collections
GETTING STARTED
Revenue Optimization

Revenue Optimization allows you to directly optimize the expected revenue for a user. Experiences that improve conversion rate, but drop average order value, will not be incorrectly pushed as successful ideas. The experience(s) must improve the overall goal of the average revenue per user.

In order for Ascend to optimize for revenue, enter in the conversion value. This enables the system to differentiate between a $20 sale and $100 sale. You can enter the value of a conversion into Ascend, which then allows Ascend to set that as a goal to actively evolve and improve.

When a user converts on your site, you will need to send a manual trigger event to Ascend. This must include the revenue of the conversion. The screenshot below shows an example code of what you will need to implement. 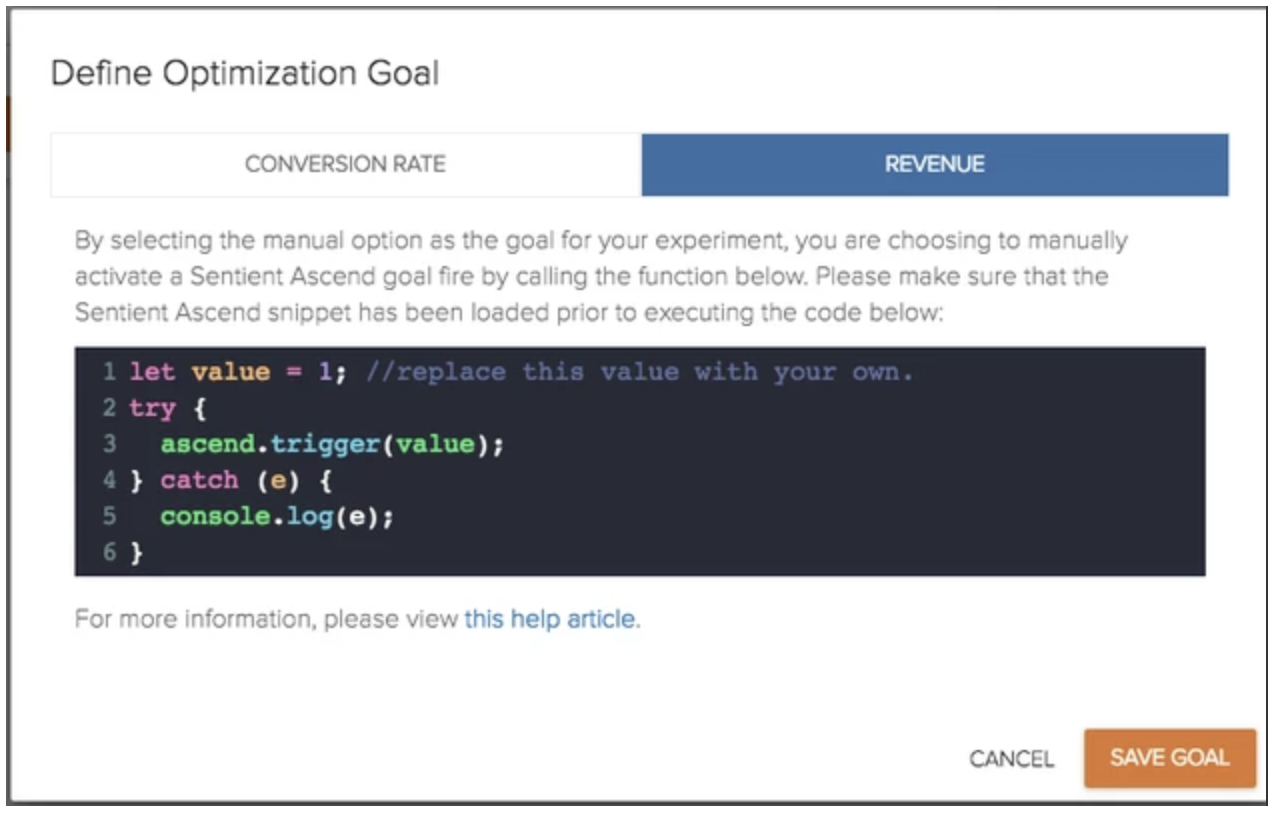 Revenue Optimization builds on the same statistical approach we use for our standard conversion rate optimization approach. The best candidate is decided by its probability of beating control.

Each conversion event is additive to the total value of that user. Therefore, it is this total user value that Ascend will optimize during the evolution process. The user value distribution is constructed by 2 other distributions:

1.)  the user conversion rates
2.)  the average user value (AUV), in cases where they do convert

The overall reporting view is similar to what you'll see in the standard Ascend dashboard. The charting, however, shows the relative uplift of the ERPU instead of conversion rate uplift. 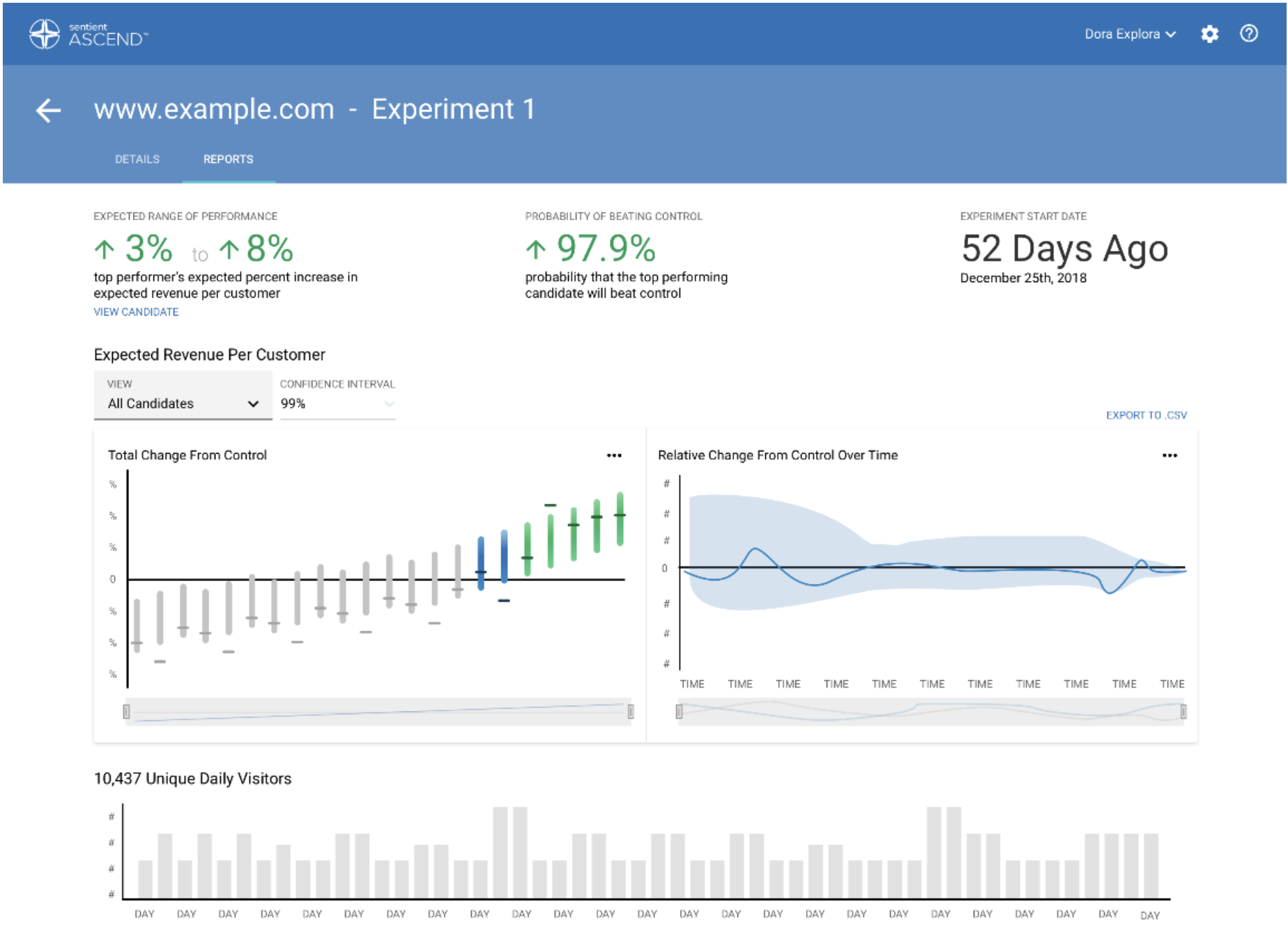 In the Candidate Page View, you can see a Candidate Comparison. This compares your ERPU, ERCU and Expected Conversion Rate. 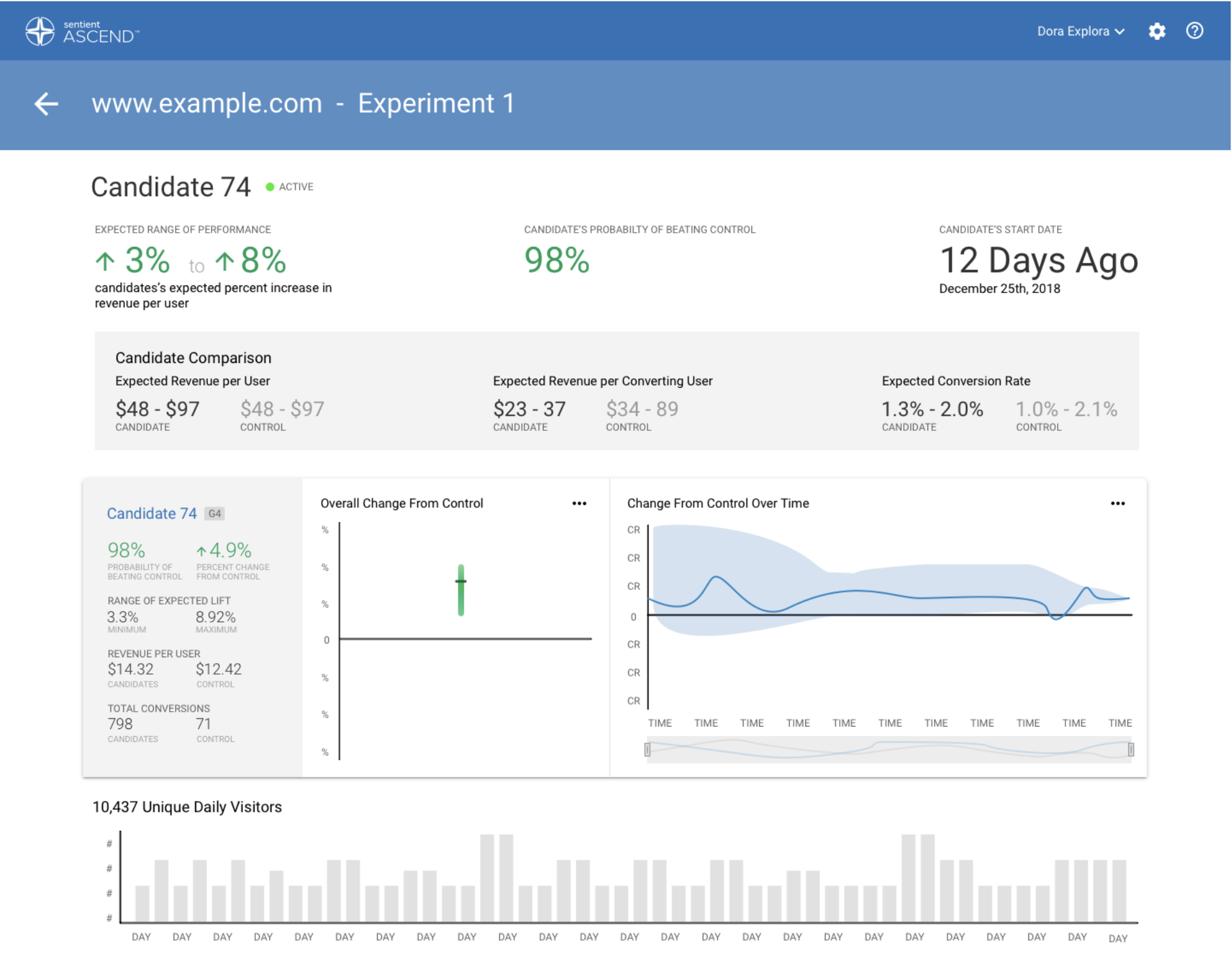